Pandemic Shines a Light on the Importance of Health Care Operations

As the Covid-19 pandemic strained hospitals and clinics, concepts taught in the Health Care Operations Management course in the Master of Health Care Delivery Science program were at the forefront for serving patients. 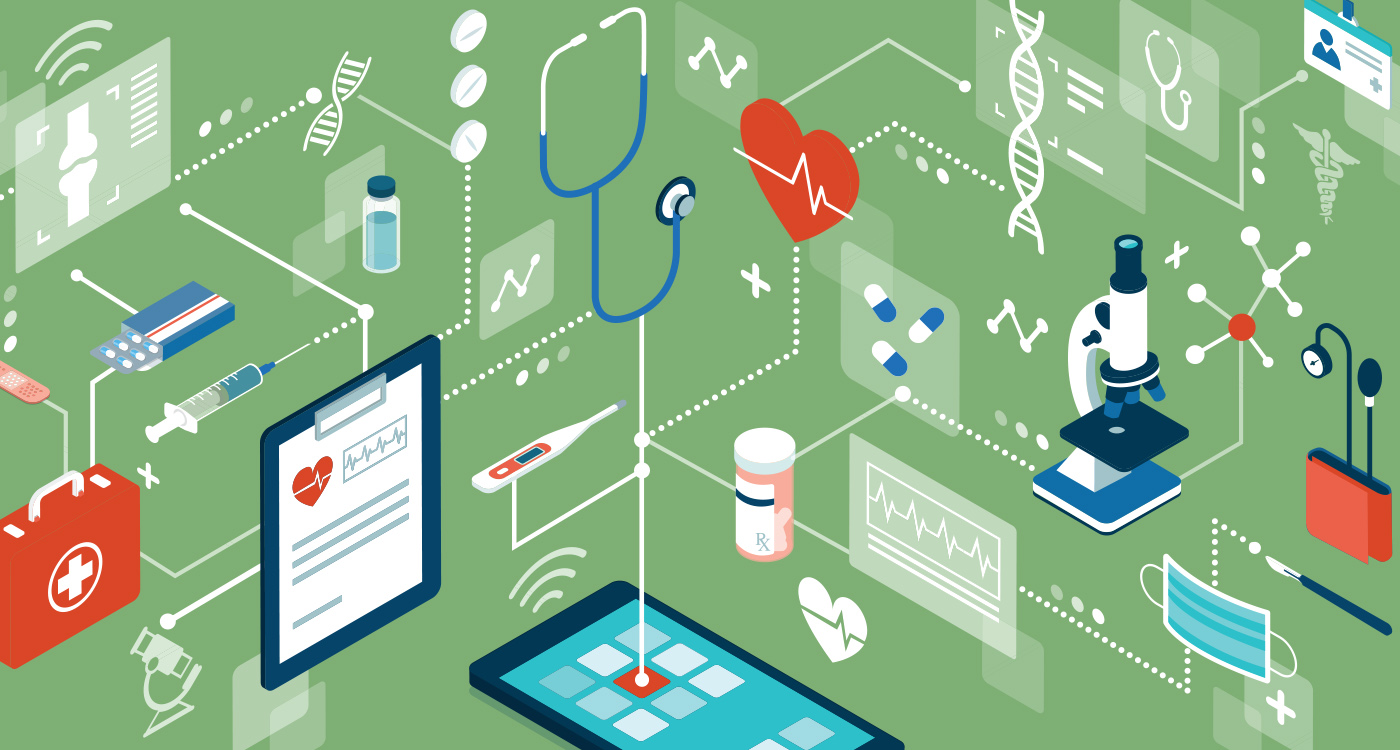 In his eight years as chief medical officer at Coastal Medical, a group of primary care clinics serving more than 110,000 patients in Rhode Island, Dr. Ed McGookin MHCDS’18 had pretty much seen it all. One thing he hadn’t dealt with, however, was a deadly pandemic.

So this spring, as people were instructed to stay home, Coastal Medical closed 19 of its 20 offices and was faced with the challenge of providing in-person outpatient urgent care to its population—some of whom might have a highly contagious virus—with only a tiny fraction of its clinicians.

“This was a high-stakes situation,” McGookin recalls. “We knew people wouldn’t be trusting the health care system. And yet, cancers would develop, heart problems would manifest, strokes would happen. We couldn’t focus completely on Covid-19 and forget about the other health problems out there.”

Coastal Medical needed a fundamental operations shift, to separate Covid patients from non-Covid patients, and to deal with testing, tracking results, and contact tracing. To help accomplish that, McGookin reached back to what he learned in Tuck professor Rob Shumsky’s Health Care Operations Management course a few years ago, when McGookin was enrolled in the Master of Health Care Delivery Science (MHCDS) program. Founded in 2011 as a joint program between Tuck and the Geisel School of Medicine, the MHCDS program teaches health care professionals to design and lead change in their organizations, through a curriculum that combines business, leadership, the improvement of population health, and health care policy.

McGookin sensed the need for some operational flow diagrams, a tool for illustrating all the steps involved in a process. Initially, he drew these diagrams on a white board with his colleagues, but as the workplace shifted to a remote model, his team built the diagrams in PowerPoint while video conferencing through Zoom or Microsoft Teams. The diagrams allowed them to question if a particular step was redundant, or if another step was needed, or if a step created constraints that would have a negative impact down the line. “It went from being a tool I learned in the classroom, to something I used and then taught to my colleagues,” he says. “It created this momentum effect and was a great example of paying it forward.”

Shumsky, a professor of operations management and the co-faculty director of MHCDS, wasn’t surprised to hear about McGookin’s flow diagrams, but it was heartening nonetheless. “It’s very gratifying when what you’re teaching can be so useful so quickly,” he says. During the spring and summer, the MHCDS class of 2021 was taking Shumsky’s course in the morning and applying the lessons in the afternoon, as their organizations had to respond to the pandemic. “The program as a whole became kind of a living laboratory for Covid-19 response,” Shumsky says. 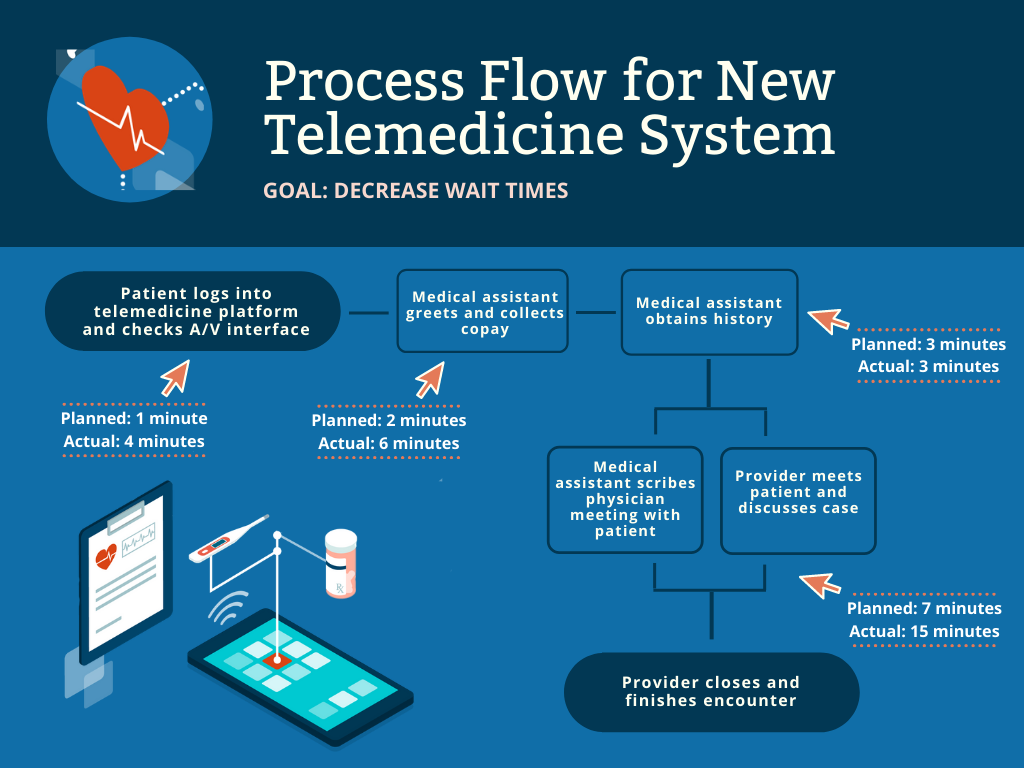 Amol Soin MHCDS’21 was a member of Shumsky’s course at the time. During the week they were covering process flow diagrams and bottleneck analysis, Soin was figuring out how to shift to a telemedicine format at the five pain management clinics he oversees in Ohio. Many of Soin’s patients are on chronic medication that requires monthly follow-ups, so deferring the visits until after the state’s mandated lock-down ended wasn’t an option. Initially, Soin set up the telemedicine system and expected it would be faster than in-person visits, because the clinicians wouldn’t have to check the patients’ vital signs. On the first day of telemedicine visits, which began at 8:00 a.m., the office was an hour behind schedule by 11. Soin didn’t factor in the time it takes to teach a patient how to unmute his computer, use his microphone, and to collect insurance information and co-pays. By the afternoon, they were so backed up they had stopped collecting co-pays and they stopped charting in between visits. “Everyone was working late to chart and we were all angry,” Soin says. “We were in trouble.”

His class’s assignment that week was to draw a process map, so Soin convinced his study group to help him solve the telemedicine problem. They listed the steps for seeing patients, identified the bottlenecks, and drew out graphical maps. Shumsky presented Soin’s case to the entire class, and more suggestions came flowing in, such as having front-office staff pre-call the patients to collect the co-pay and do a bandwidth check, and then funnel the patients into a virtual waiting room. Within two weeks of the end of the course, Soin’s clinics decreased wait times from over an hour (without charting) to 18 minutes (with charting). “I don’t know what we would have done without that course,” Soin says. “I’m sure we would have figured it out, but it would have taken a lot longer.”

Before the next cohort of MHCDS participants begins the program, in the summer of 2021, Shumsky and his colleagues are revising the curriculum around a new set of themes. One of the themes is “envisioning the health care system of the future.” If anything, the pandemic has highlighted the many improvements needed, such as more equality of care and less variation in quality. “I think Covid really forces us to envision something very different and much better,” Shumsky says. His students are already creating that better future today.